"Innovation is CREATIVITY that ships" (Steve Jobs). Not a PowerPoint slidedeck.

When President Abraham Lincoln was 32 years old and enveloped in gloom and sadness, he wrote, “I am now the most miserable man living.” Several studies on clinical depression have confirmed today’s reality that at least one in 10 Americans take antidepressants, a rate that many say is alarmingly high, especially among teenagers.

Today we have many children attending school who are affected by toxic stress and trauma as a result of adverse childhood experiences such as caregiver mental illness, substance abuse, chronic neglect, and family violence. Toxic stress can be emotionally costly because it can affect brain development and other aspects of the child’s health.

Trapped inside the void of the trauma, a persistent gloom arises similar to the dark nights of the soul. As a society, we eventually need to lend a hand and help people who are impacted by toxic stress.

Today’s life oscillates between the physical world and online world. If one chooses to live online in a state of technotrance, screens, tweets, hyperlinks and hyperbole often fill the void while distorting reality.

The human growth agenda has to evolve beyond the keyboard, mouseclicks, and transactional connections in a digital world. This requires the physicality of connection which can be best experienced by relating with others in an ensemble.

Dynamism and innovation are the fuel of America’s growth engine. Yet both are in retreat and in acutely short supply since America’s economy is generating fewer new companies every year. Since the Great Recession (2009-2011), the United States generated only 25 new firms per billion dollars of GDP (versus 95 new firms per billion dollars of GDP prior to the Great Recession). Nearly two thirds of the US metro areas saw more firms close than open in 2014. Employment has declined by 7.2% in economically distressed zipcodes. The country’s most economically distressed zipcodes continue to experience a deep and enduring recession while the nation as a whole has enjoyed years of recovery. There were 1 million jobs missing in 2014. The American economy has become more reliant on old firms to generate job growth since the recession.

The daily consumption of prescription painkillers (opioid addiction) by prime-age males has unfortunately resulted in depressed labor force participation leaving them either unemployed or causing their job opportunities to decline dramatically.

According to the Economic Innovation Group: “Even a percentage point increase in the job turnover rate would unlock millions of opportunities for American workers.”

I personally feel that everyone has a moral obligation and stake to collectively erase the dignity deficit – identified by American Enterprise Institute.  Left unchecked or classified as an undiscussable, it will continue to deplete emotional bank accounts beyond our generation and weigh in our group consciousness.

From a global standpoint, the world’s economic center of gravity has shifted from a small part of the world to its entirety. Framed as the global tilt, while this unprecedented change can be disruptive, there are tremendous opportunities for entrepreneurs and leaders to build the psychological fortitude and learn how to co-exist in a multipolar world.

Treating people with dignity is paramount even though entrepreneurs are driven to win, sometimes at all costs. This means working together without trampling or hurting each other during the entrepreneurial journey.

Coupled with America’s dignity deficit, the declining economic dynamism is self-reinforcing. Furthermore, we are living in a tidal environment (volatile, uncertain, chaotic, ambiguous) where we need to be in a state of readiness to mobilize a response in the event of a traumatic disaster (pandemic, wars, etc). This is an emergency room, special situation and requires attention, caring and meaningful action, without digital distortion, at the strategic and tactical levels.

Given the need of the hour and in the absence of a sense of urgency at the local or national levels, the Founding Fathers issue a spiritual mandate to reduce the dignity deficit among the disenfranchised people by creating a meaningful neededness agenda.

I’d like to join the cadre of bridge builders to heed that call to action and recognize that we need to treat people at the bottom of the pyramid and at the periphery of society across all the zipcodes with enough respect that can bring them feel needed and hopeful about the future.  We can’t afford to let a broad cross-section of America be mired in the past of a bygone era and ignore their mental health.

How we work together in this special situation creates the blueprint for Trauma Informed Leadership Turnaround in a Tidal, Tilted World.

In human communication, 93% is body language while only 7% is verbal. Yet body language seems to have taken a backseat in the mobile-first world where aloofness has become paramount. Becoming “World Class. Face to Face” – a Cougar tenet – is the cornerstone of empathic human conversation that needs to be reclaimed so that we can reach out and bind the wounds of division and reduce the dignity deficit.  I was reminded about the Paradise called the Palouse where there is a community in Walla Walla that has pioneered Trauma Informed Leadership in a school.

Building and cultivating community is a grassroots led effort to get people in a room together and realizing that when we choose to connect people like a threaded needle and be around people who are different than you are, we can find common ground and unite behind a shared purpose.

Trauma Informed Leadership is an improvised human performance of a lifetime where the group mobilizes, heals, builds bridges, and uses a solution focused approach to learn new behaviors and perform a head taller than we are today.  A Trauma Informed Leader practices compassionate communication and helps individuals with a dignity deficit unshackle the chains of the past, and uses the canon of creativity to revive dynamism, arrest inertia, and achieve a performance breakthrough by launching an initiative to Skill America, for example, by taking a page from Skillveri.

Performing Trauma Informed Leadership Turnaround in a Tilted, Tidal world  will enable my post-traumatic growth and is my playbook for reclaiming my mojo in the new normal. 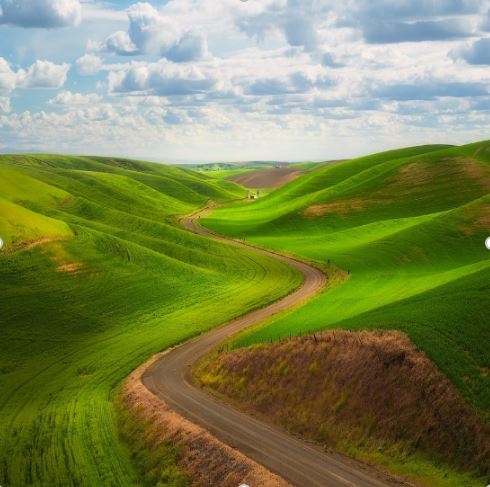