"Innovation is CREATIVITY that ships" (Steve Jobs). Not a PowerPoint slidedeck.

Creative Connections is a Pre-Requisite for Jugaad Innovation

Unleashing innovation is an imperative for economic growth. An IBM survey of the world’s leading CEOs indicated that creativity is vital for grasping and navigating the increasing business complexity. Innovation can range from reactive improvements to more fundamental breakthroughs.

From a business standpoint, innovation is often regarded as a conversion of an idea into consumer delight, revenues and profits. Although this may sound simple, the evolutionary transformation of an idea into innovation is not always straightforward. Interactions with a mindset to win together is a crucial recipe for game changing innovations. Yet the way we encounter interaction has become extremely fragmented. For example, in a two party interaction, there are 3 opportunities for failure: win/lose, lose/win and lose/lose. This complexity increases dramatically when there are “n” players trying to work together. The key takeaway is that the alliance fails to succeed when one player chooses to have a losing mindset. Interaction costs represent a substantial cost of doing business. In developed economies like United States and Europe the interaction costs represent as much as 70% of the total labor value-added costs, according to a detailed study prepared by McKinsey & Co. In developing economies like India, interaction costs are also significant, accounting for 40% of labor value-added costs.

Jugaad innovators excel at improvisation and the frugal art of responding to complexity. Jugaad innovation is akin to a jazz band that remains fluid and collaborative. It is regarded as complementing bureaucratic approaches to innovation.

Building a sustainable edge for an organization requires a trifecta approach:

The craft of sustaining creative connections is a relentless journey that includes esteem, respect, loyalty, legacy and enduring success. Craft is a blend of art and therapeutics. Building sustainable connections requires effort and authenticity.

A venture CKPitalist is an individual who has a cascade of crucible experiences that lead to the reflection and realization that there is a better way to do business than just focusing on profit maximization. This epiphany sparks awareness, creativity and kinetic energy. Very often, sequestered individuals who are tethered to their laptops and cell phones may have idisorder and feel disconnected. While feeling as a lone ranger, it is easy to harness potential energy as evident in a stationary object. Contrary to conventional wisdom, a venture CKPitalist believes in working with people and pursuing interest-free bargaining with a “non-I” (we) perspective in order to win together with all eligible parties. Adopting such a constructive mindset provides the horsepower for developmental transformation in order to build the creative connections that are authentically coupled with an innate sense of humility to see one’s own blindspots. ( * : The prefix CKP in venture CKPitalist is inspired by the seminal work of management guru Prof CK Prahalad who championed the case for building the core competency of an organization and achieving profits with purpose by focusing on the people rather than denominator-based management.)

The science of creative connections is an operating system for human being to connect actions with the strategic intent. There is a remarkable synergy with the philosophy of the open source community which states “today I share with you because tomorrow you share with me”. From an authentic leadership standpoint, it can be simply stated as “I am because we are”. Navigating through the epiphany is a journey that is incrementally achievable through a modality called drama therapy.

Creative Kinections has developed customized leadership training programs for enabling people in a work environment connect authentically and achieve a higher level of purpose while also impacting the bottomline. I am working as a facilitator to create a holding environment for the dialogue mapping process and orchestrate culture change that cements connections based on a commitment of values.

[…] John Malkovich, [who] sits in a chaise with classical music playing and asks Siri for a “joke.”
“Two iPhones walk into a bar,” the machine says. “I forget the rest.”
Malkovich laughs, proving that he’s a good actor.

We have become so desensitized to one another that communication — even eye contact — is becoming a lost art. What scares me most about this Siri business isn’t that they have technology that can mimic human conversation, but that humans might actually prefer it over the real thing.

Let me know when they invent a dialogue string like that. Until then, I’ll limit my conversation partners to those who have lips and tongues.
Author: Mitch Alborn, Readers Digest, Oct 2012

The symphony orchestra conductor is a role model for creative connections that cement over time and makes the orchestra resonate.

“A global economy that works for all America is attainable. With patience, imagination and determination, workers and leaders can create this optimistic future. Embrace this challenge”
Matthew Slaughter
Financial Times
Oct 3, 2012

Working together in an indivisible manner, we have immense opportunities for creating new pathways to growth for Create Jobs for USA. 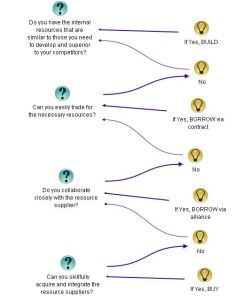 The siren call is for management in both Wall Street (and Main Street) to anchor a STERN mindset (pun intended, via the hyperlink) and a pre-disposed bias for sustaining the Z-score of a business in the non-bankruptcy zone by blending (cherry picked) attributes of jugaad-style innovation to (1) renew people-driven business processes, (2) enhance collaborative advantage at an individual and team level and (3) shift spaces towards value co-creation with the revenue-paying customer.

A serious mandate is A Call for Judgement (see quote below) for Turnaround Managers, who are renewing distressed businesses on Main Street, is the not-to-miss opportunity to act as an owner’s rep and orchestra conductor to direct the following to re-build viable businesses:

“Decentralization of initiatives isn’t simply a matter of dispersing robotic calculations — replacing a giant mainframe at headquarters with smaller personal computers in local offices so that they can calculate utility-maximizing levels of output and consumption. Rather, it involves giving many individuals the autonomy to make subjective judgements in which emotions and feelings inevitably play a role.” (Amar Bhide, A Call for Judgement)

Proposition: For any business, sustaining creative connections is a journey (not a destination) towards establishing systemic integration with partners and build an ecosystem for jugaad-style service innovation. This means connections are not instant messaging style transactional (“ping”) interactions but involve engaging in dialogue with a high touch, low tech approach (to the extent possible) to harmonize diverging viewpoints and achieve common ground so that the idea of ideas emerge. After all, ultimately the best idea wins. 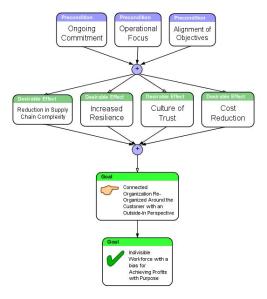 A Dialogue Holding Environment for Maneuvering the Fiscal Cliff